I didn’t set out to write a series featuring a sleuth who is kind. All I knew was that to write a private or amateur detective mystery, I needed a main character with special skills. Skills that could help her solve crimes where police failed.

My first choice about Quille C. Davis, the sleuth in the Q.C. Davis Mysteries, was an easy one. I made her a lawyer because I am one and know what skills it requires.

Like me, Quille appears in court and handles lawsuits. But most of her work day is spent researching, questioning witnesses or clients, and sorting through reports, photographs, data, and other evidence to put together the story of the case. 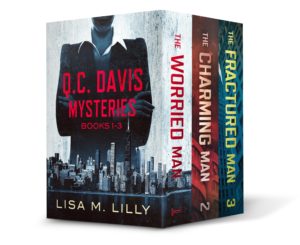 All of that struck me as great experience for a sleuth in a follow-the-clues mystery.

Unlike me, however, Quille started working at a young age. She was a child stage actress. That background told me she was self motivated. Also, many of the skills and talents she developed could also help her investigate crimes.

She is good at changing her appearance, at playing different parts, and at remembering exact lines of dialogue. Plus she learned to read and mimic people's expressions. And understand what emotions their bodies are conveying.

Those choices were deliberate. But Quille's kindness evolved as I wrote about her and got to know her.

Some of Quille's thoughtfulness stems from her childhood. She grew up in the shadow of a sister who was kidnapped and killed before Quille was born. Her mother suffers from depression (which is finally gradually improving) sparked by her child's death, and from anxiety, and both kept her from being very present for her living daughters.

So Quille knows from experience that in the midst of anger, grief, or stress people don’t always behave at their best, but that doesn’t make them bad people.

Quille spent much of her childhood striving to gain her mother's attention. She had little success, except when she was on stage. But she had a lot of support from her grandmother, whom she calls Gram. Her heartache over her distant mother makes her all the more grateful for Gram. And it gives her a lot of empathy for people who don't have anyone like that in their lives.

In short, Quille is more aware than most people how complicated life and relationships can be. And she knows how hard it is to feel unheard or ignored and how much it means to have somebody genuinely listen to you.

Because of that experience, when she talks with anyone, Quille listens to what they say. Not only to the words, but to the reasons they choose the words they do, their body language, and their expressions. She gives them time and space to keep talking. And Quille responds to their words and feelings, following up with questions that spring from what she heard rather than racing on to her next planned question or throwing in her own views before the person finishes.

In other words, she hears what others say rather than simply waiting for her turn to talk. And when she can do so honestly, which is often, Quille expresses empathy, including for people whose perspectives are far different from her own.

All of this means that the people she questions feel heard and understood. Which makes them more apt to share information with her even when they’d rather keep certain things private. And even when sharing might get them into trouble.

So in the end, though it was the least deliberate choice I made, Quille's kindness and her listening skills turned out to be what most often helps her solve cases.

And that is a big part of why I love to write book after book about her and the mysteries she unravels. In the chaotic world we live in, I personally think, mysteries or not, we can use more people like Quille.